Check out this video of a heartwarming proposal.

After trading at a 20+ year high in late September, the U.S. Dollar index has now declined over 10%. The U.S. Dollar Index measures the relative strength of the Greenback to a basket of six other influential currencies including the Loonie. Here is a chart showing the performance over the past year. 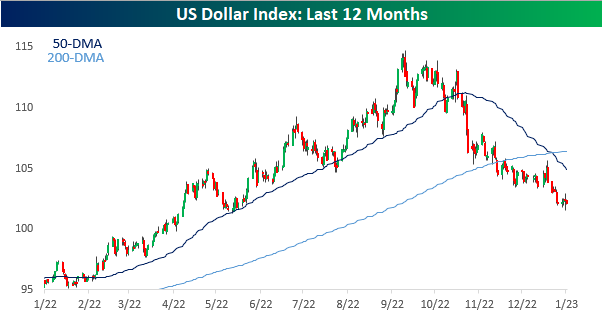 This most recent 10%+ decline represents the sixth time in the past 43 years that the U.S. Dollar Index has declined over 10% after hitting a five-year high. The positive news is that in all five prior occurrences, the S&P 500 Index has been higher one year later. The following chart shows all six instances, and the subsequent table shows the S&P 500 performance following this signal. Let’s hope this provides a jump start for equities. For U.S. multinational companies, a weaker US Dollar means sales generated outside of the U.S. exchange at a more favourable rate. With U.S. large caps increasing exposure internationally, a weaker dollar should act as a nice tailwind to operating earnings. We will see if that plays out this time. 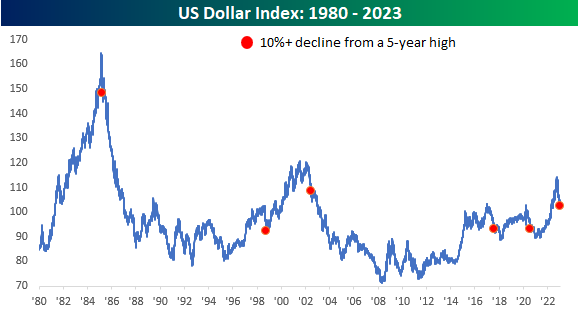 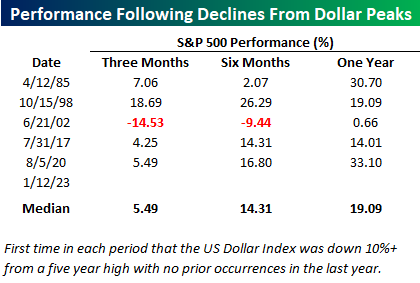