Equity markets pulled back this week after a strong November. Unfortunately, this has brought the S&P 500 Index below its 200-day moving average (DMA). Since the S&P 500 peaked on January 4th, there have been three occurrences where the index has moved above its 200 DMA, just to eventually be rejected and move back down below it. Certainly, the downtrend is not complete until it can sustain a longer period above this level, and for its 50 DMA to continue its positive trend since early November. It will be a good sign if we can see the S&P 500’s 50 DMA move back above its 200 DMA (known as a golden cross and a positive technical indicator), but we will first need to see some additional strength for that to occur.

Last week, we discussed breadth, with an emphasis on long-term breadth and the positive developments of late. This week we wanted to highlight another positive development, focusing on shorter-term breadth. At the end of last week, the percentage of stocks in the S&P 500 Index above their 50 DMA had spiked from under 3% to over 90%. You can see these instances in the chart below, noted by the red circles and the corresponding points in time on the chart. Stocks have always been higher 6 - 12 months after following such an occurrence. Although markets pulled back this week, at least we are seeing some stronger overall underlying metrics today compared to March and August this year. Back in August, there was strong positive short-term breadth, but not longer-term breadth. In our comments last week, we showed that the longer-term breadth has since improved. We will take this as positive. 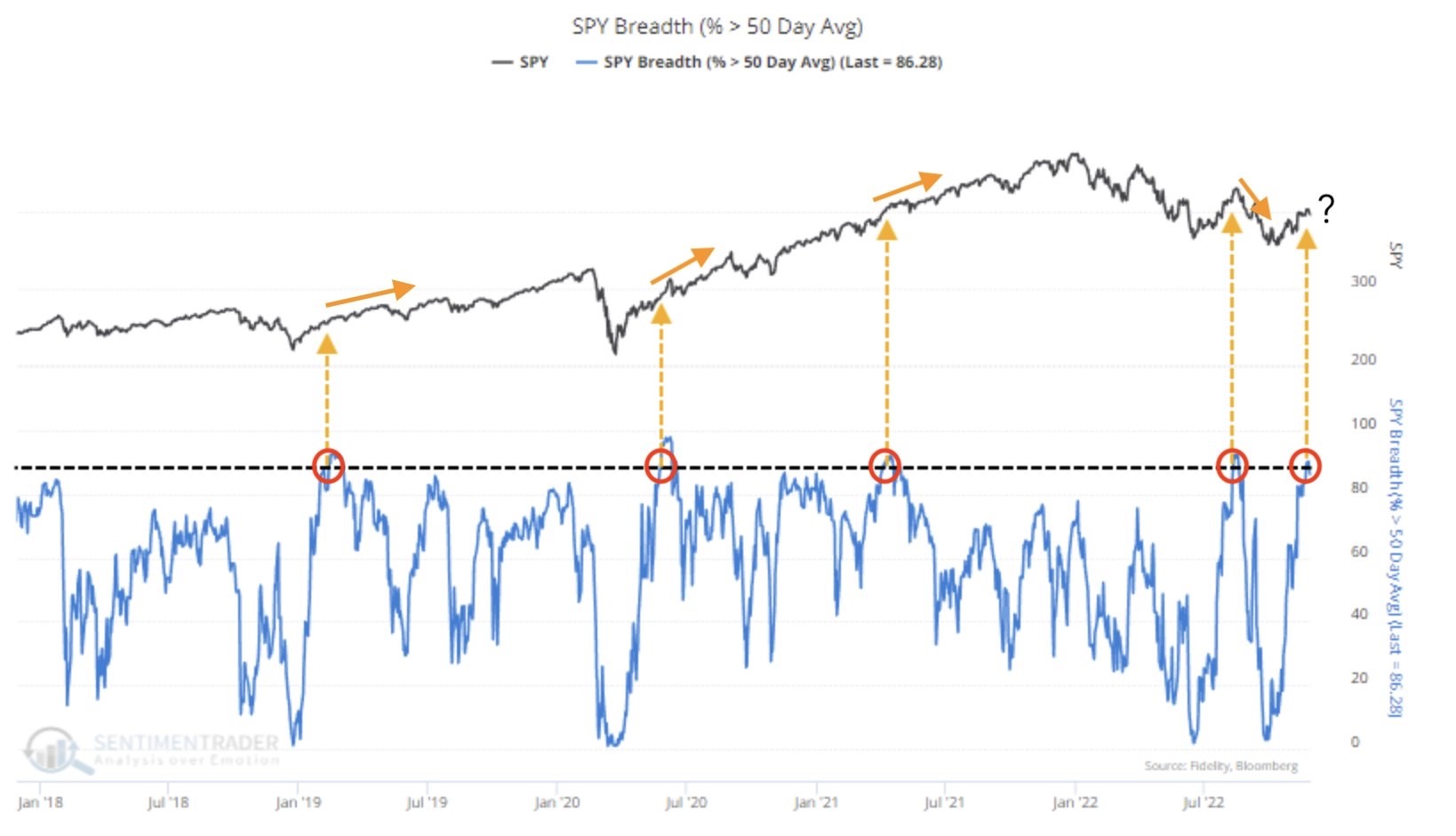