Check out this video of a lemur who won’t take no for an answer.

It has been another wild week for equity markets, starting off extremely strong with back-to-back 2%+ days, but then fading over the last couple days. At least markets were up for the week, slowing down a harsh multi-week slide (6 out of 7 negative weeks) from August 12th to September 30th where the S&P 500 Index and S&P/TSX Composite fell 16.23% and 8.60%, respectively. With unprecedented negative sentiment levels and extreme oversold measures in late September, it may be fitting that we are now here in October, which has historically been synonymous with major bottoms. Welcome to October, where major market lows, as defined by an 18-month low, have occurred more than any other month by far (see chart below). It would be great for this October, in hindsight, to ultimately mark the 10th major market low. 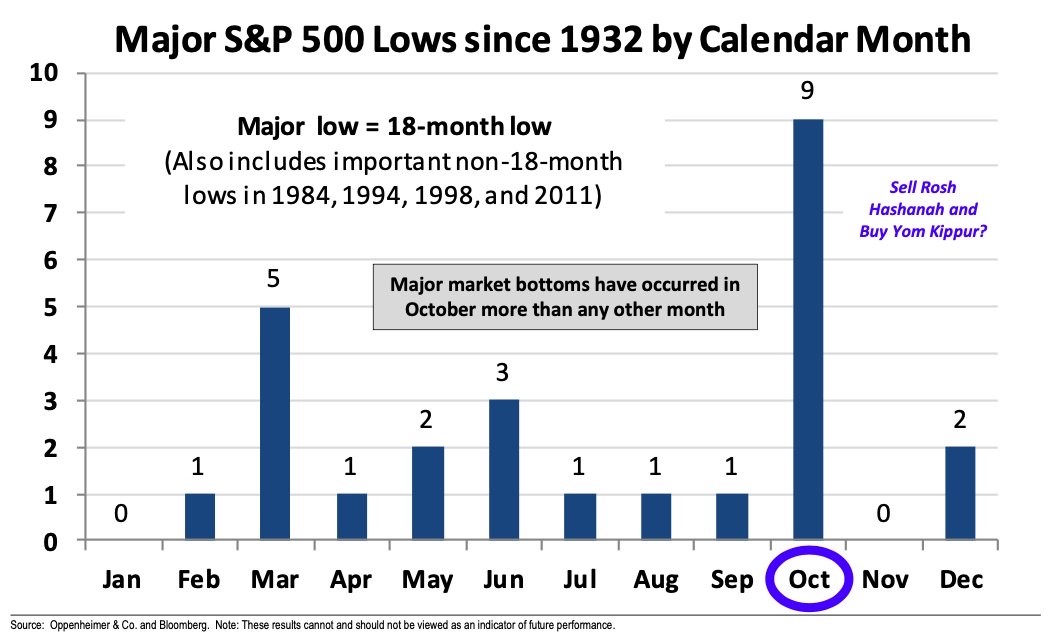 With some sentiment measures at all-time lows (a positive contrarian signal), with equity valuations now at or below long-term averages, with positive seasonal headwinds from mid-October through April, and with the fact that we are now close to getting past the U.S. mid-term elections, there are some positives to grasp onto knowing that the stock market is a forward pricing mechanism, rather than rear-view. Historically, as the following chart shows, the one-year period after the mid-term election of a U.S. Presidential cycle has been the best time to invest. Clearly many obstacles remain for risk assets at present, namely high inflation, and an unprecedented monetary tightening cycle, however, the market has already priced in much of this negative news. As harsh as this correction has been this year - not just for equities but also for traditionally more conservative fixed income - the current secular bull market (very long-term trendline) that began in 2009 remains intact. We will now very likely be entering a period of disinflation (slowing pace of price inflation) and we will likely see a terminal rate of interest sometime in the next few months. Although we could see further volatility and declines, this disinflation and U.S. Fed policy shift later this year/early next year could be a strong positive catapult for risk assets next year. 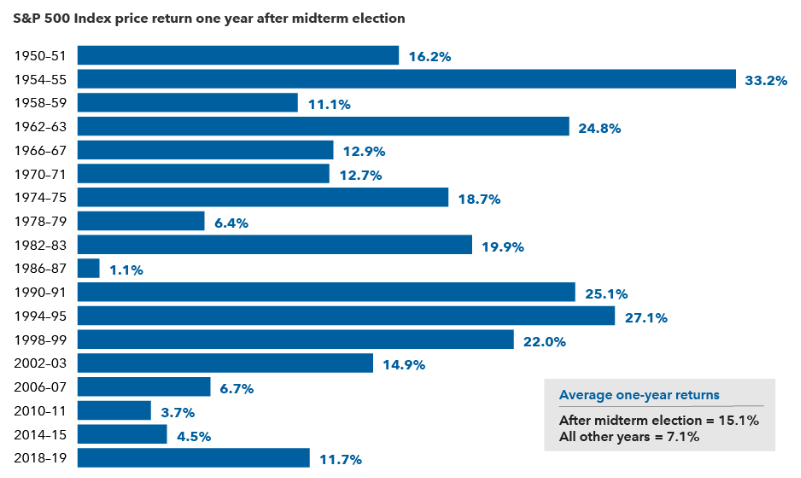 We started our comments off this week noting that it was a wild one. Let’s first look at the fact that the S&P 500 (TSX Composite as well) started the week with back-to-back increases of over 2%. This is the first time this has occurred since March 2020. Back-to-back gains of over 2% are rare for any point in the calendar, but they are exceedingly rare to start a month. In fact, since 1953, there has only been one other time when this has happened, August 1984. The following chart shows how the S&P 500 has performed on average after all instances (31) of back-to-back +2% days. As you can see, short-term results were typically lackluster, but over periods of 6 and 12 months later, markets were up significantly more than all other periods and with a higher positive rate. 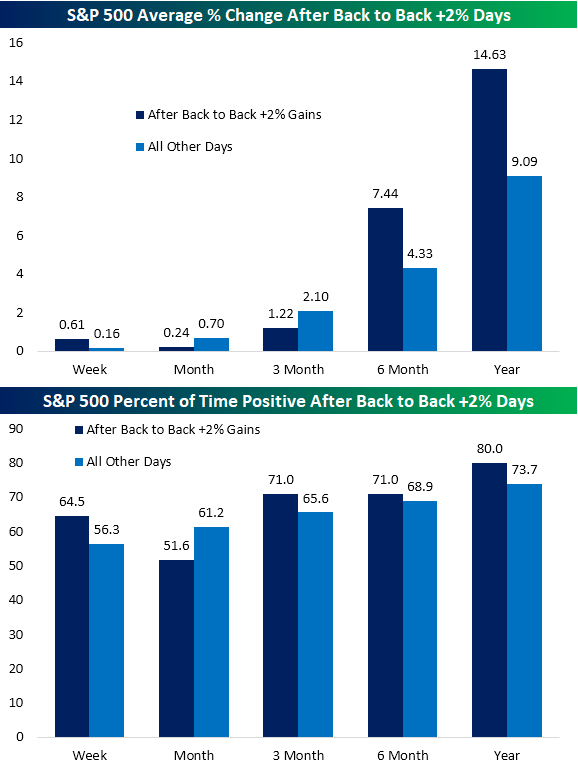 After this extremely strong two-rally of 5.8% for the S&P 500, it gapped down (prior to open) on Wednesday by over 1%. This was another rare occurrence, only the 11th time in history where we have seen a +1% gap down after a two-day rally of over 5%. While a quick rebound after an instance like this should not be expected at all, if you follow the process and take the long view this could be viewed as a big positive in combination. As you will note in the following chart, these past 11 instances are all clustered in four areas, all of which were close to major market lows, especially the last three times. As you can imagine, looking where those red dots lie, it won’t be surprising to see the next table show how markets have historically performed one year later. In all ten prior occurrences, the S&P 500 was positive after 12 months, with an average increase of over 27%, well above twice the average rate for all other periods. 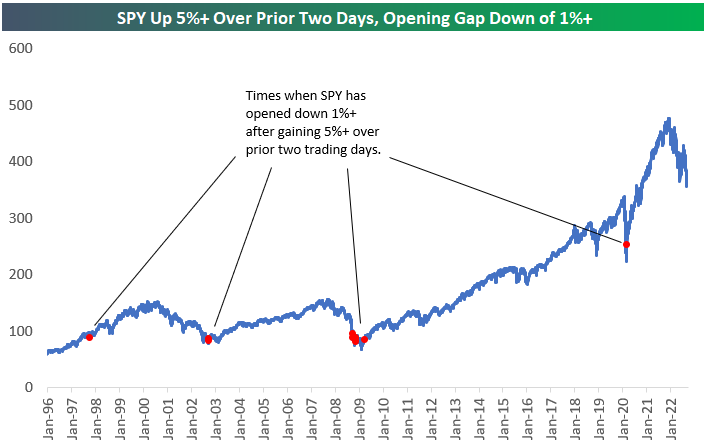 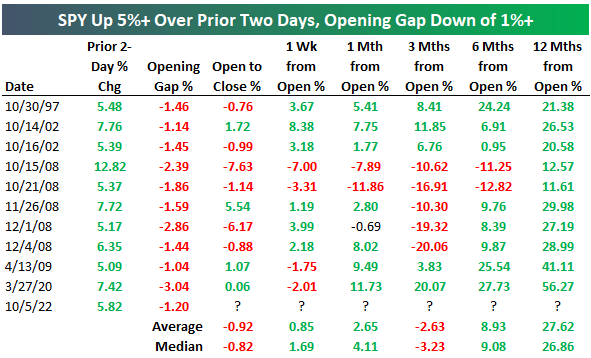