Click here for a picture from every year of Queen Elizabeth II.

Equity markets had a very strong week this week, which is an encouraging sign for the S&P 500 after staying above and rebounding off the 3900 support level (from May) last week.

Low expectations for stock price increases are historically a bullish pre-condition. These types of indications can be early (exception: 2008) but they often occur near a long-term bottom. When we say low expectations, we don’t mean a little bit low, we mean at historically extreme levels. The recent U.S. Conference Board Consumer Confidence Survey, a widely followed sentiment gauge, showed that the expectation from market participants for stock price increases vs. decreases fell to a level of -20.7 for the first time in a decade. Today's readings are much more consistent with bottoms than tops. Those with patience and fortitude by continue to own solid companies with quality balance sheets, pricing power, strong free cash flow and a consistent track record of growing earnings/dividends will be rewarded. 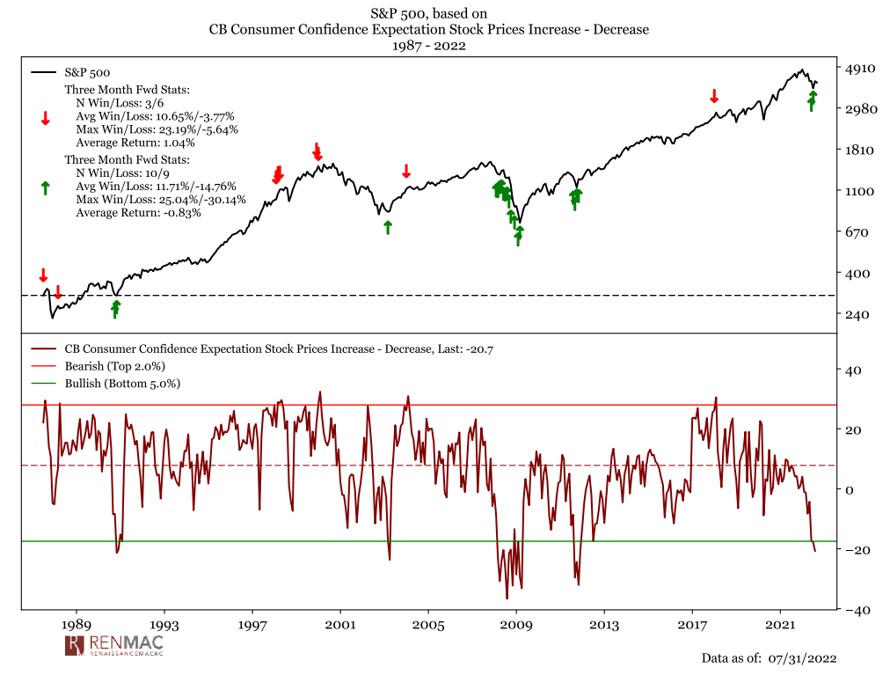