Market Insights - U.S. Mega-caps Starting to Weigh Down the Market

Check out this video of an incredible proposed $5 billion resort on the shores of the Red Sea.

Here are two charts of the S&P 500 Index over the last 12 months from a market-weighted perspective vs equal-weighted. Since 2014, the market-weighted index has propelled the U.S. stock market higher than indicated by the average stock, due to the overpowering technology sector which had been growing at a rapid pace and becoming a large portion of the market-weighted index. However, there has been a reversal in this trend recently, or perhaps better described as a reversion to the mean. Mega-caps can work both ways: either they’re trending higher and helping major indices, or trending lower and holding the major indices back. The latter is the case recently with the S&P 500 Index down about 10% year to date as of today compared to the S&P 500 Equal Weight Index being down about 6%. 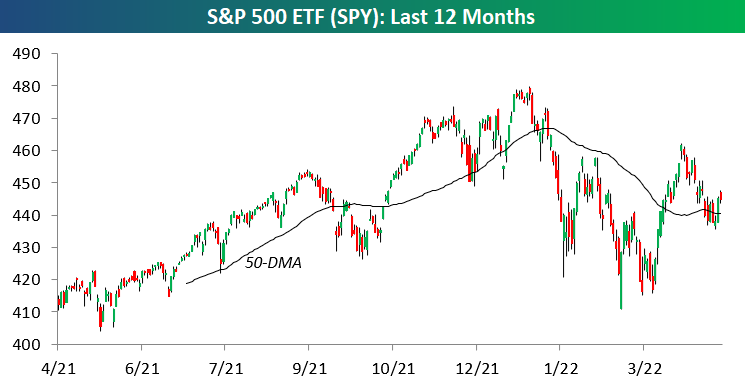 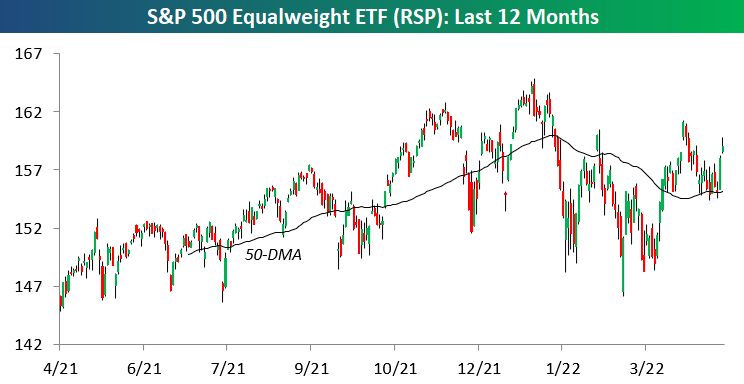 The table below shows the largest eight companies in the U.S. and their month-to-date changes as of Wednesday this week. This average return of -8.2% in April compares to a roughly flat return for all the ~1000 stocks in the Russell 1000 index. This is indicative of a correcting top-heavy market, while the average stock has been in a healthier position lately. 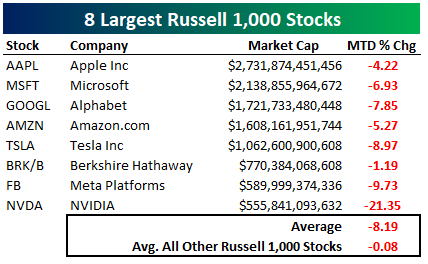 Here is another chart showing just how much these largest companies have impacted U.S. large cap indices. It shows the calendar year returns of the S&P 500 but broken down between seven of the biggest tech names and all other S&P 500 stocks. The year 2020 was a standout where more than half of the entire market’s returns came from just these seven names. They also were hugely behind the big moves of 2019 and 2021. However, this year is the opposite, and they are now attributing about half of the YTD decline. 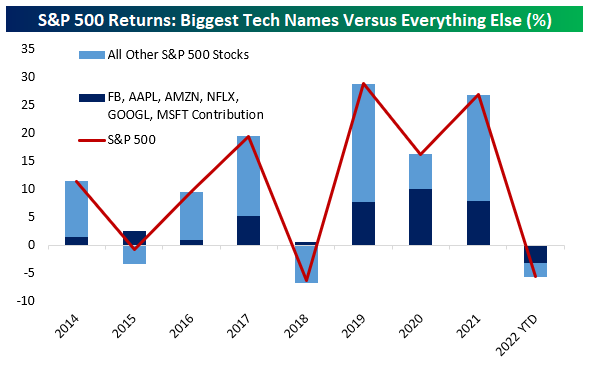 The so called “FANG+” stocks make up seven of these eight largest stocks, with also the addition of Netflix, Alibaba and Baidu. From April 4th to 19th, the FANG+ index is down 17% and is down 28% from its all-time high. The chart below shows these FANG+ stock returns vs the overall S&P 500 since the pre-COVID high of February 2020. This group of stocks peaked out in early 2021 with an incredible outperformance spread of more than 70% compared to the overall market. This outperformance has been rapidly eroding since last November (as per our reversion to the mean comment above) and the spread is now only about 15%. This is putting pressure on U.S. headline equity indices, compared to our low-tech but energy/materials-rich S&P/TSX Composite which is still slightly positive so far in 2022 as of today on a total-return basis. 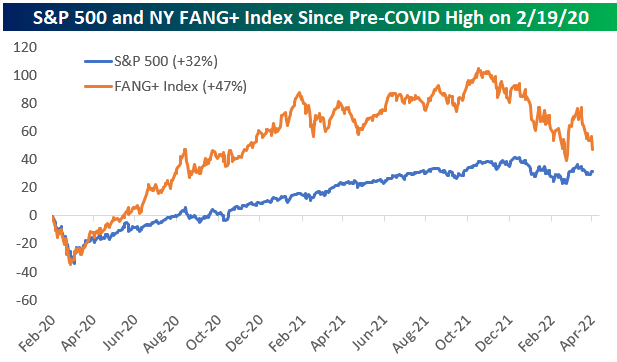 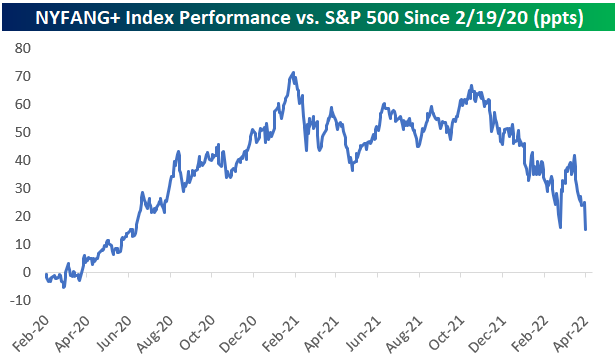