Market Insights: Value Finally Having Its Day in the Sun

Check out this video of some of the best Superbowl commercials of 2022.

To begin, we wanted to provide a quick update to the American Association of Individual Investors (AAII) Investor Sentiment Surveys that we highlighted in our comments three weeks ago. One of the surveys we discussed, the AAII Bullish Sentiment has continued to collapse down below 20 to a reading of 19.2%. When we posted this chart last it was at 23.1%. The only other times since the Great Recession/Financial Crisis that bullish sentiment was this low were in January and May of 2016. This is a historical level of pessimism. Although there is no shortage of concerns currently including geopolitical risk, one has to ask whether these levels of pessimism are starting to get a bit extreme. One positive aspect one could take from this is that markets have already priced in an extreme amount of negative news. 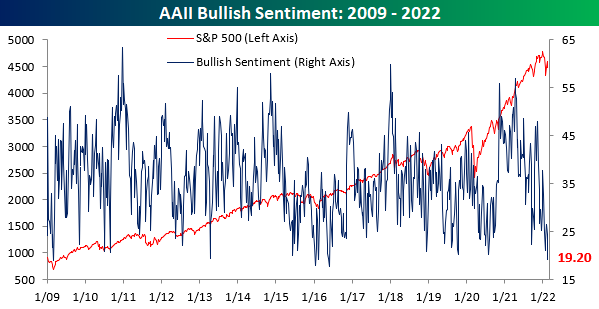 For the better part of the past decade, growth stocks have outperformed value stocks by a wide margin, but lately this trend has turned. Market participants like to neatly categorize value and growth companies, as many investors prefer one investing style over the other. The truth is a bit more complicated than that as some companies exhibit some elements of both. However, generally speaking, value stocks present an opportunity to buy shares below their actual value, whereas growth stocks exhibit above-average revenue and earnings growth potential. This is the key reason why the United States’ main large cap index, the S&P 500, has outperformed every major index in the world for some time now because of its technology-heavy weighting. That is pretty evident this year with the S&P 500 Index down over 9% year-to-date, whereas our S&P/TSX Composite is only down about 1%. Our country’s large cap index has benefitted from very strong energy and materials sectors (considered more value than growth), which have a larger weighting here than in the U.S. When you look at the U.S. large cap technology sector in isolation, as represented by the NASDAQ 100, it is now currently having its worst rolling 2-month performance since 2008. 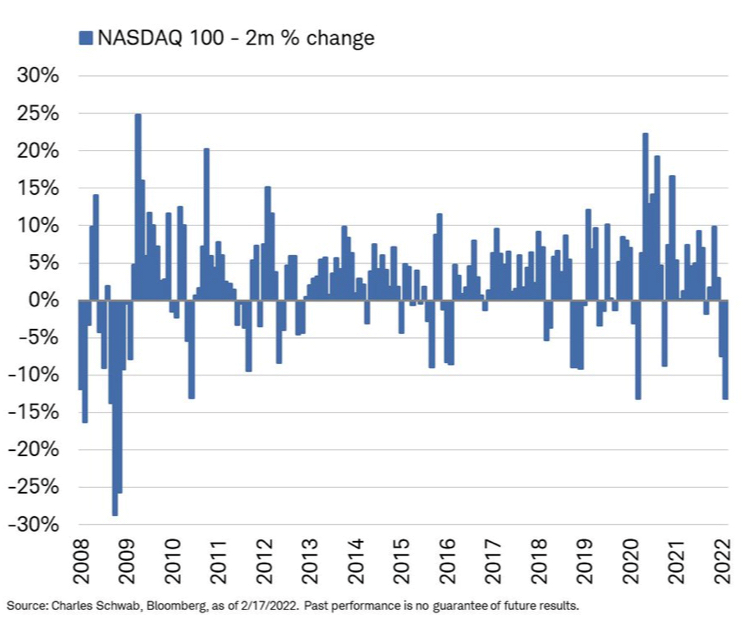 Looking at overall value vs. growth, after value underperforming growth 11 of the past 15 years, and seven of the past eight years, value is now leading growth by over 9% in 2022, its best relative start to the year on record. It remains to be seen if that trend continues, but right now value is certainly finally having its day in the sun. 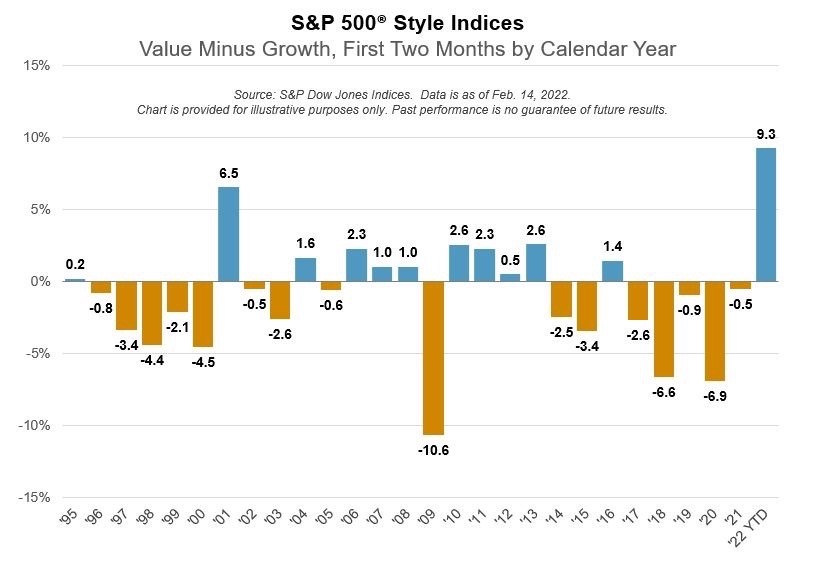 On another note, with the uncertainty surrounding the Russia and Ukraine tensions, we thought we would show how past geopolitical events have affected the stock market. This is not a list of everything that has occurred, but all the major ones. For most of these events, attempting to time markets in and out has essentially proven futile in the post-WWII period, outside of possibly the 1990 invasion of Kuwait. The only other large drawdown was 9/11, however, there wasn’t any opportunity to know that event could have occurred. With respect to the tension of the current situation and not trivializing its potential consequences, the bottom line is that equity markets tend to take most geopolitical events in stride, even if short-term volatility can be high. 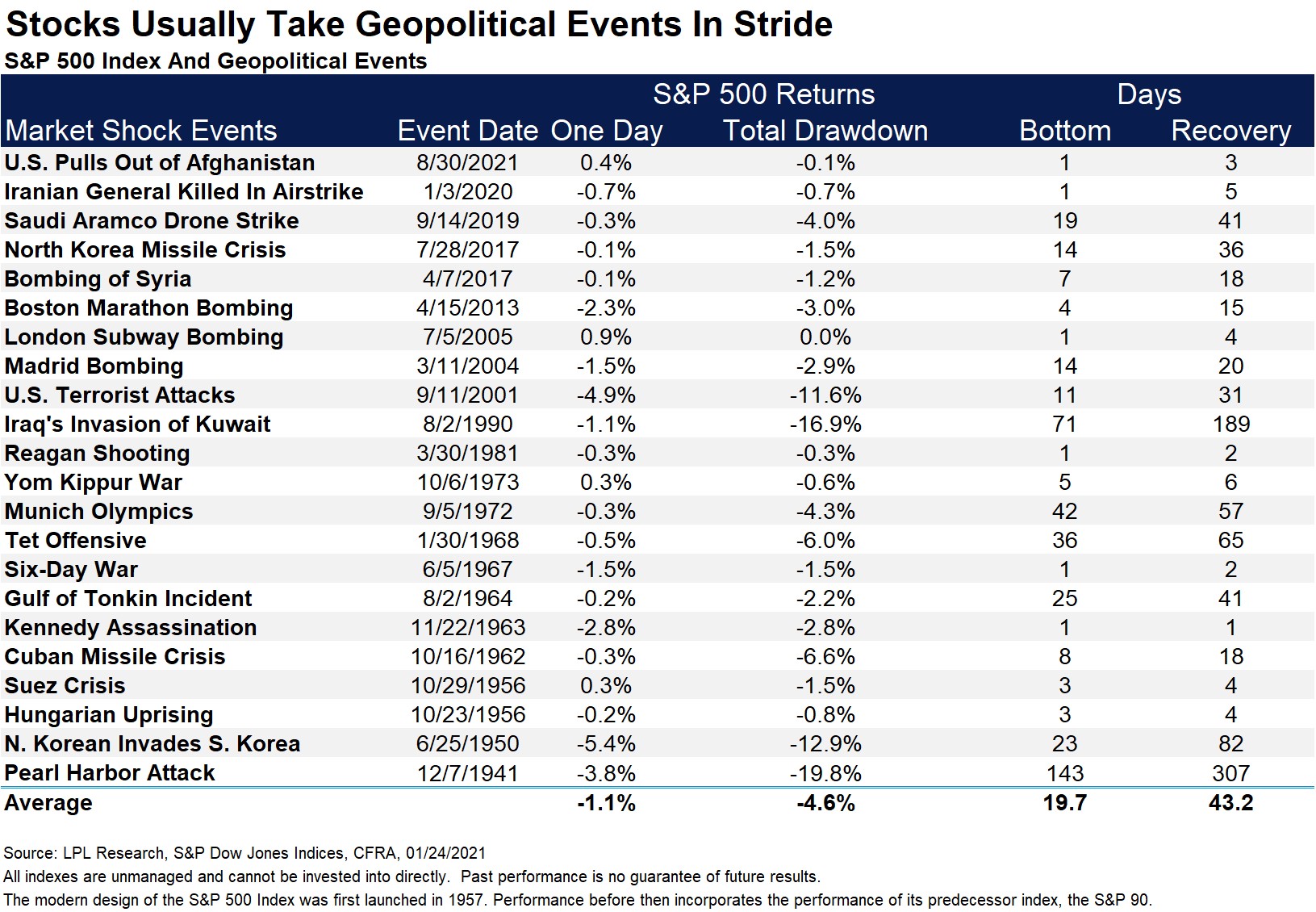